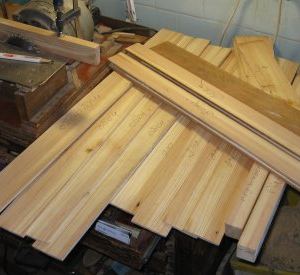 Cutting wood for the body

In this article we will try to highlight how to: cut the wood properly, carefully observe it and imagine parts of the guitar, properly orient the work pieces, glue them together and finally get the soundboard and the back ready.

As I have already mentioned in the introduction, at the beginning we have a pair of pine beams from the door frame of one neighbor and a few pieces of oak casing from another neighbor.

One timber partially has a light colored wood without resin, which looks like a real and very good spruce. I guess it is sapwood of pine. In the article about pine wood of “Wikipedia” the illustration shows just the same texture. 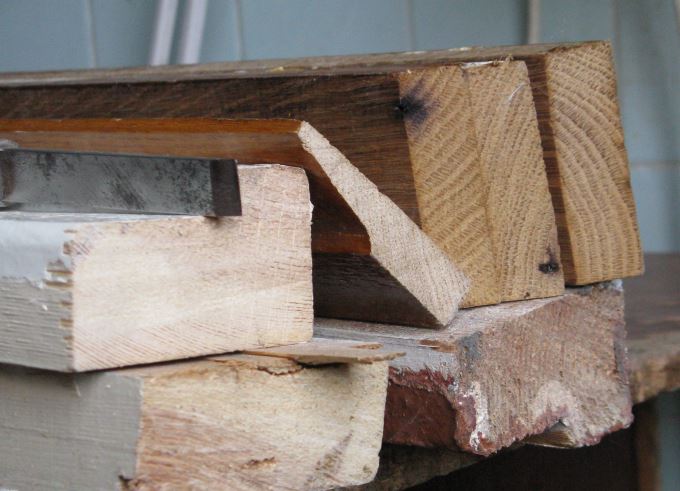 Cutting blanks for the soundboard, back, sides and fingerboard

Now we need to cut the initial blanks from that original beams. And doing this, we should try to orientate the cuts as much as possible properly in relation to the wood grain. In the last photo the layers are clearly visible. At this stage, it would be better to keep the thickness of blanks around 5 mm. Also we can and we should take away at maximum all the defects and, so to say, the technological details of the previous articles: knots, holes, cracks, resin pockets, etc. It's a long and adventurous puzzle game.

Perhaps many of you are already interested in how to make the side, the width of which is about 100 mm. Blanks for the sides we will cut in the same manner as the blanks for the back or soundboard. Side is to be of two halves glued together after bending, which will be described in a special paragraph. Just a little nuance on the sides: I have tried to do to avoid any knots on the blanks for sides, in order to not have then problems with bending of the inhomogeneous parts of the wood.

For cutting, I have been using my small homemade circular saw, made on the basis of the engine from an old drum type washing machine. For this work, its power is fairly enough and it works very quiet itself. (Please, do not forget about safety when dealing with any machine or tool!)

Here is the final version of the wood blanks for the soundboard, back, sides and fingerboard. I did not need, but it is possible that in your case the sizes will be different, therefore the fingerboard can also be done from two halves glued along or even across, disguising the gluing line under the fret slot. 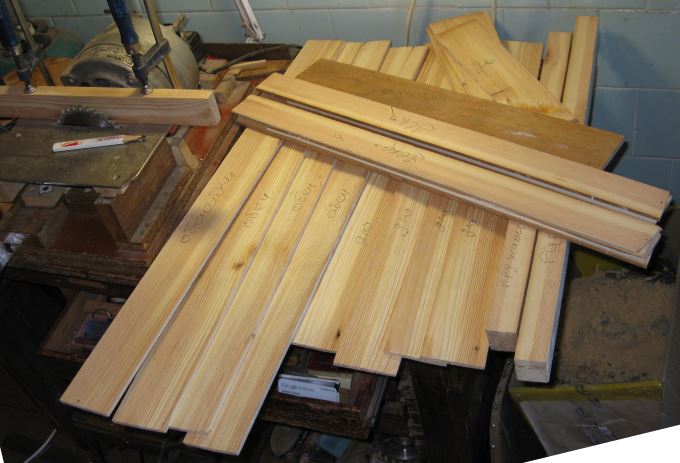 No less exciting task is a selection of the matching blanks for the soundboard and back, followed by jointing and gluing. The jointing machine that is on the image works fine. 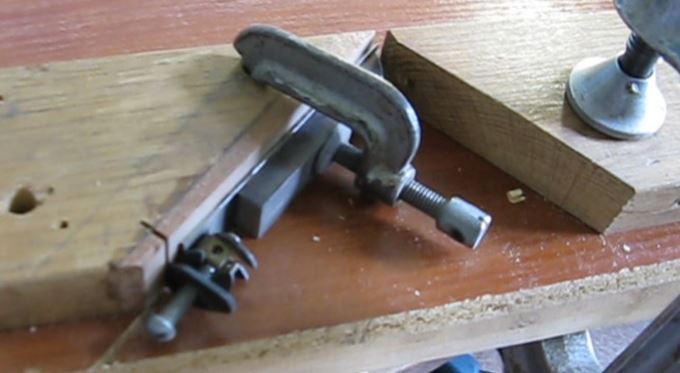 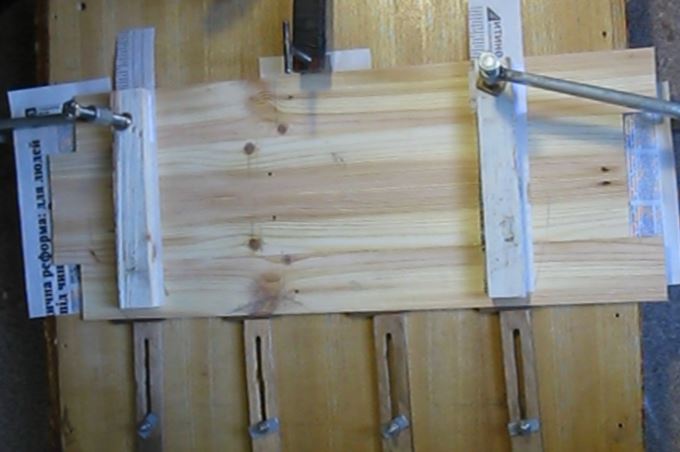 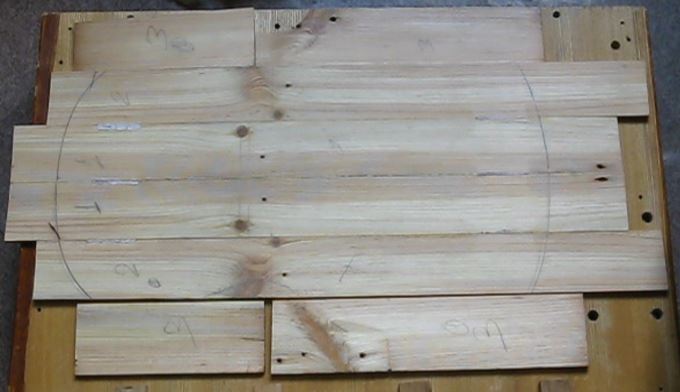 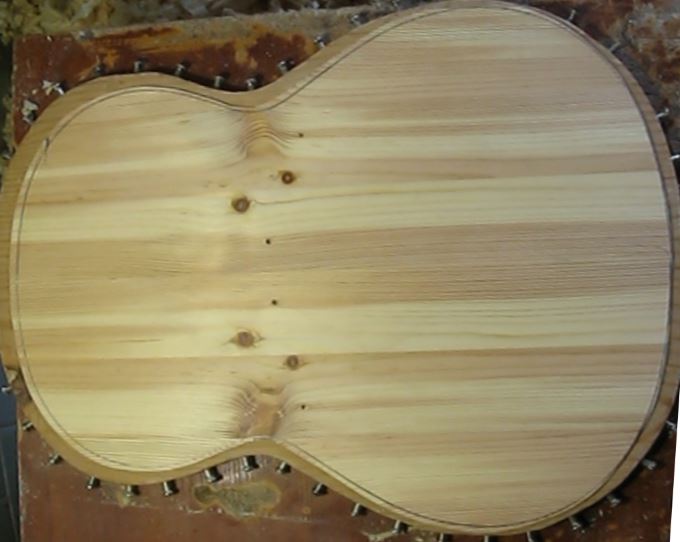 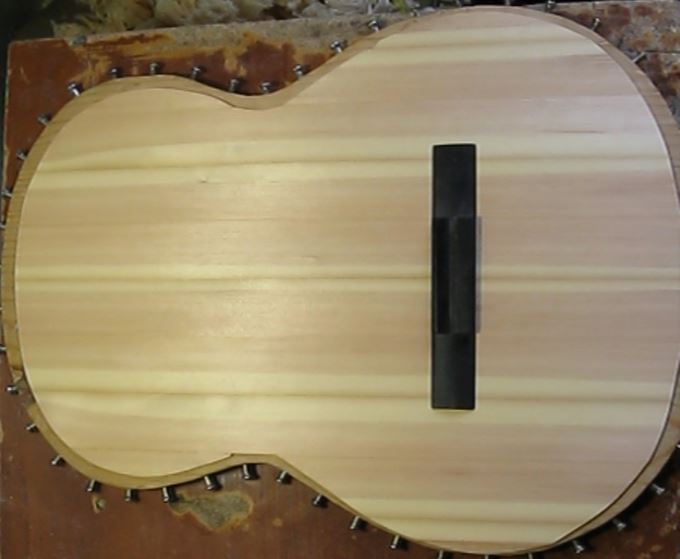 Thicknessing the soundboard, back and sides

In fact, this operation I have partially done before gluing the blanks together. Each blank I ran through the sanding drum. My blanks are now leveled and have the same thickness, which is convenient for jointing as well as for gluing.

Thicknessing operations for the soundboard and the back is made with a plane, cabinet scraper and sanding board.

With a help of simple mini-router or engraver with 3mm finger-cutter I work out the groove and then install the rosette taken out from an old soundboard. There is a theme on the forum with variations of simple rosettes.

The video version of the lesson 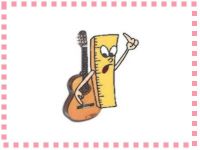